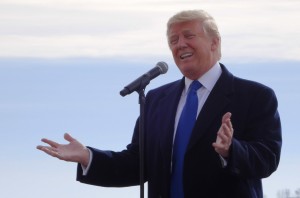 J. Ann Selzer, who has conducted polling on the Iowa caucuses since 1988, says the contests almost always yield surprises. With each election, it increasingly becomes more difficult to reliably predict the outcome, and this year is the toughest yet.

Pollster.com lists 20 Iowa Republican caucus polls for January alone. Nate Silver’s blog, FiveThirtyEight, bases its Iowa predictions on a weighted average of 19 polls. According to Selzer, who has done polls for Bloomberg and the Des Moines Register, the large number of surveys makes it more difficult to get reliable results: “With low incidence populations like the caucuses, I’m worried about polling fatigue.”

That’s because pretty much all the polls rely on the same base: the list of Iowa’s registered voters, one of the most extensive of any state. Iowa has about 2.5 million people who are eligible to vote, and about 2 million of those are on that list. But most people who are called by pollsters don’t want to participate. In the run-up to the contest, Iowans are inundated with calls from candidates’ campaigns and subjected to a barrage of political advertising. I’ve been here only a week, and I have a headache from the drumbeat. Only the nicest people on Earth can live through this and not hang up on pollsters.

Sanders’ ability to beat Clinton hinges on how organized and civic-minded his young supporters turn out to be.

As a result of this self-winnowing, many polls wind up with a sample of “likely caucus-goers” of around 600 respondents. And the outcomes end up pretty close: This year, victory to Donald Trump or Ted Cruz on the Republican side, or Hillary Clinton or Bernie Sanders for Democrats, with most variation within the margin of error. But those predictions are subject to caution because the final outcome depends on a key, intangible factor: The turnout on Feb. 1 of first-time caucus-goers.

A share of this group isn’t reflected in the polling because they are among the 500,000 Iowans who aren’t on the registered voter list, but are eligible to take part in the caucuses.

There are questions, too, about those who were identified as first-timers and participated in the polls. They appear to favor Sanders if they are Democrats (many of these new voters are young people) and Trump if they’re Republicans, Selzer says. Even so, it is impossible to predict whether they will stick to their plans to caucus for the first time if, for example, there is a heavy snowfall.

“Unlike in other states, where it’s just a matter of voting, caucuses require a certain commitment,” says Mack Shelley, who coordinates a poll for Iowa State University.

A heavier-than-usual turnout determined the results of the Democratic caucuses in 2008, when Barack Obama handed a humiliating defeat to Hillary Clinton. That year, 240,000 people turned out to pick the Democratic nominee — far more than expected and twice as many as the Republicans managed to mobilize. In 2012, when Obama was running for re-election, only 25,000 Democrats caucused, while the number of Republicans was little changed.

Iowa Governor Terry Branstad predicts that this time, 150,000 Republicans are likely to turn out, energized by Trump’s candidacy. Other prominent Republicans made similar predictions. If they are right, Trump supporters, many of them first-time caucus-goers and a substantial number not covered by any polls, will cut into the evangelical, conservative core of Iowa Republican voters. On the other hand, if the commitment of these political neophytes doesn’t extend to actually journeying out in the cold night and spending several hours caucusing in a classroom or barn, it will be Cruz who will get a boost.

Sanders’ ability to beat Clinton also hinges on how organized and civic-minded his young supporters turn out to be. Clearly unprepared for his runaway popularity, Sanders hasn’t run the kind of intensive, disciplined campaign that Obama conducted in Iowa in 2008.

Shelley predicts that the new voters will turn out both for Trump and for Sanders. “Anger is a good substitute for a lot of other things,” he says. Though Selzer says pollsters are poor predictors of Iowa caucus turnouts, I, too, believe the fired-up Trump and Sanders people will show up, if only for a chance to thumb their noses at the establishment.

That, however, doesn’t mean that Trump and Sanders will triumph. Those who support other candidates and who believe a contest between two runaway populists is bad for the country may show up even if they didn’t initially intend to caucus. A surge of voters from the centre that lifts Clinton and Marco Rubio, the front-runner among mainstream Republicans, may be the biggest surprise for the pollsters this year.