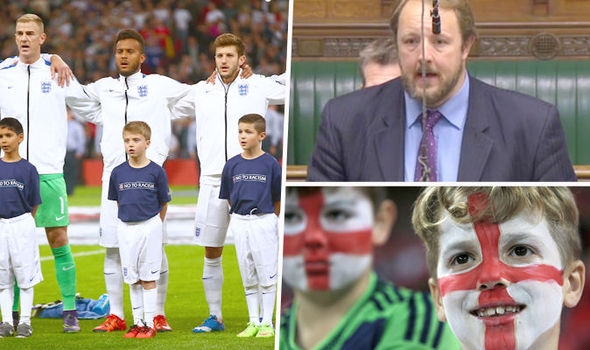 Labour MP Toby Perkins set out the case for English sports teams to sing their own national anthem before matches, instead of God Save The Queen as they do currently.

Under the plans British teams would continue to use God Save The Queen, which would remain the national anthem of the UK.

The Chesterfield MP told the House of Commons: “”It reflects a sense that we see Britain and England as synonymous.

“This not only denies us English an opportunity to celebrate the nation that is being represented but is also a cause for resentment amongst other countries within the British Isles who feel that England have requisitioned a British song.” 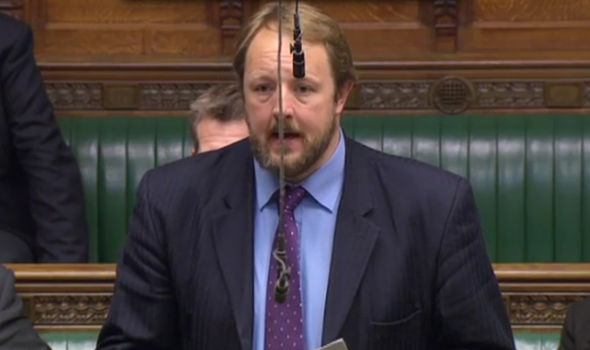 The Queen is not said to favour the move to scrap God Save The Queen for English sports teams, with her cousin Margaret Rhodes suggesting Her Majesty would consider the proposed change “rude”.

But Mr Perkins insisted he was not a “republican, nor an atheist, nor an English nationalist” and that he has no hostility “toward God, Her Majesty the Queen, to God Save The Queen or to the United Kingdom”.

He added: “Indeed it is precisely out of respect for preserving many of these things that I believe the time has come to consider the question of an English national anthem.”

Mr Perkins suggested there could be an “X Factor-style programme” to choose a new English anthem, as he acknowledged ‘Jerusalem’ – which was adopted by English athletes at the Commonwealth Games after a public vote in 2010 – was an early favourite.

He made light of campaigners blaring out the William Blake hymn across Westminster today, joking: “You can’t always choose your friends in these matters.”

Alongside traditional favourites such as Jerusalem and Land Of Hope And Glory, songs such as Motorhead’s Ace of Spades, The Verve’s Bittersweet Symphony and even the EastEnders theme tune were today touted as a new English anthem.

But Tory MP Jacob Rees-Mogg, who spoke in opposition to the proposal, said individual anthems for the four nations of the UK would be a “disuniting factor”.

The North East Somerset MP said a new English anthem would “reduce that sense of devotion to our Sovereign that we ought to have”.

“To listen to those words that link us to our Sovereign who is part of that chain that takes us back to our immemorial history.

“To sing, or if one can’t sing, listen to the music, the tune, that invokes our loyalty to our nation as it has become over the years – a tune that has been popular since 1745 when it is thought to have started in a response to the Jacobite rebellion.”

Although Jerusalem is played before England cricket matches, Mr Rees-Mogg hailed the fact the song isn’t heard at Lord’s is “an indication of the proper ordering of things”. 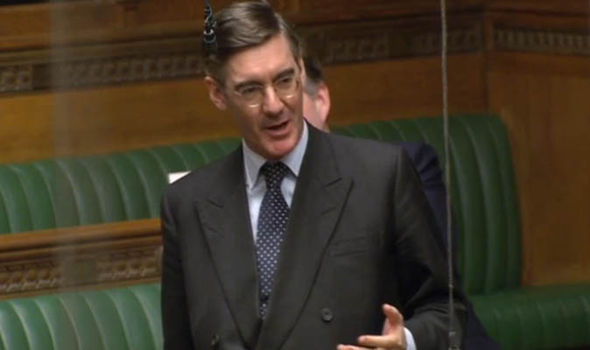 Mr Perkins’ English National Anthem Bill was adopted by the House unopposed and will now progress to its second reading, set to be March 4.

Without the support of the Government it is unlikely to ever become law, although if it is successful it would lead to a public consultation on choosing an English anthem.

Twitter users today flooded the social network with their own suggestions for a new anthem, with the hashtag #NationalAnthem one of the most-used terms on the site this morning.

Another Twitter user called ‘Bri’ was similarly inspired to suggest the EastEnders them tune, while John Bodman was keeping his “fingers crossed” it would be the Benny Hill theme tune and Dan Waine called for the classic music from the BBC’s GrandStand sports show.

Others suggested classic rock anthems such as Paranoid by Black Sabbath, Ace of Spades by Motorhead, We Are The Champions by Queen and Bittersweet Symphony by The Verve.

Jim Sutton said English teams should use the Abide With Me hymn, which is already sung before every FA Cup Final, while Joe Harrod suggested the England football team should use whatever is the current number one chart hit as “maybe our footballers might actually sing it then”.

Rachael provided the more bizzare suggestion of “an acoustic version of my sighing for 1:58 minutes”. 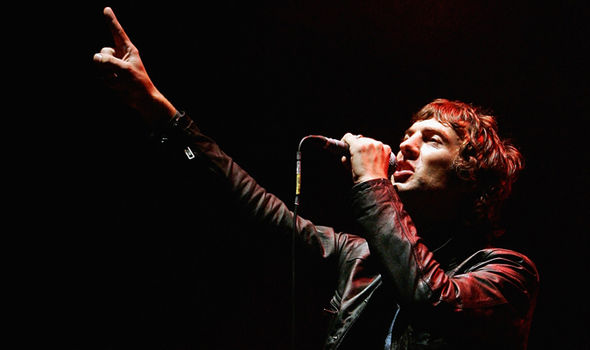 Some suggested The Verve’s Bittersweet Symphony 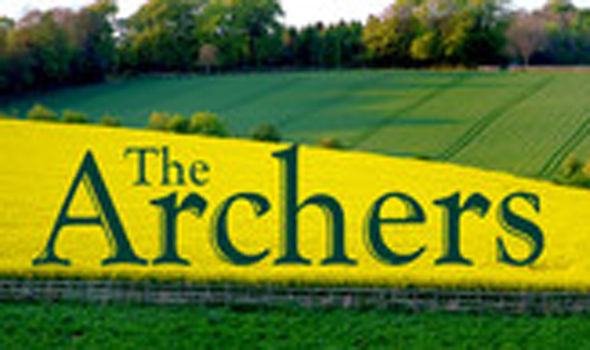 He said: “Our anthem isn’t that popular even with those who support the monarchy. It is dull, uninspiring and hardly mentions the nation.”

“A national anthem should be about the country, not the Queen and God.  For republicans, atheists and anyone with good taste God Save the Queen is an awful song set to a funereal dirge.”

“I certainly welcome today’s Commons debate, it doesn’t make sense that Scotland and Wales have their own anthems, yet England is stuck with God Save the Queen.”

“But we need to go further – let’s have a national competition to find a new, exciting and uplifting national anthem for the whole country – one we can all sing.”