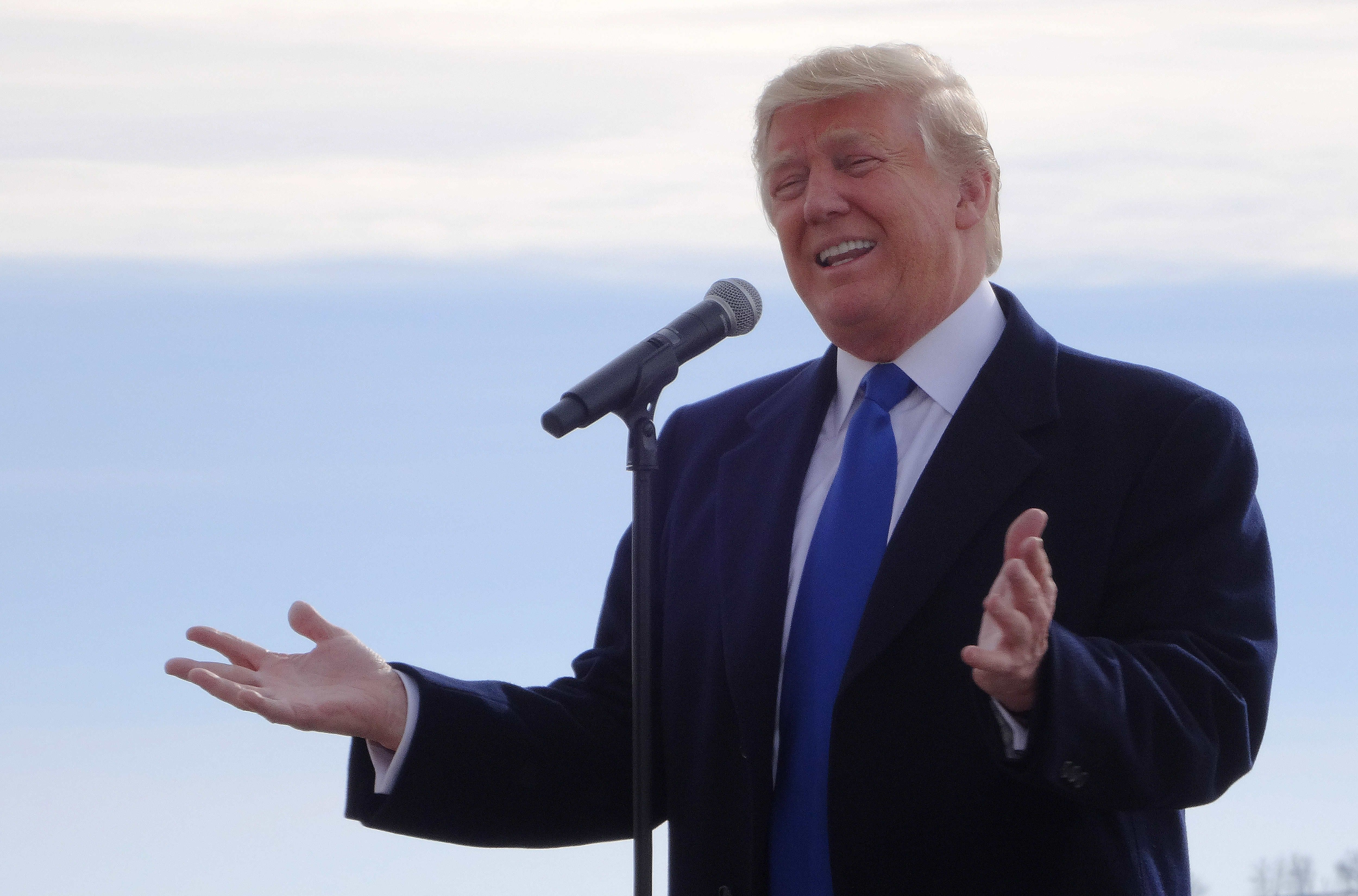 With tonight’s Iowa caucuses, real-life voters will at long last make their voices heard in the presidential races.

But it’s not so easy to decode what the results will actually mean for the Democratic and Republican contests.

Things are not so straightforward as “the first place person did the best, the second-place person did the second best.” Instead, each candidate is graded on a different curve, according to the expectations the political world has for them in Iowa. If you manage to impress these people, you’ll get a boost afterward. If you fail to do so, you’ll become an afterthought.

That’s because the caucuses’ massive importance isn’t from the puny number of delegates the state will eventually send to the party conventions this summer. Iowa matters because of the lessons the political world — the media, elites, activists, donors, the candidates themselves, and to a certain extent voters in other states — takes away from its results. All these actors are trying to figure out which candidates have the best shot at winning, and many of them believe the caucus results can help reveal the answer to this question.

Now, these expectations aren’t written in stone anywhere, so this is just my best attempt at approximating what they are. And by even setting them down, I’m contributing in my own small way to the self-reinforcing obsession the political world has with Iowa, which I described in a recent feature.

Still, this is a real phenomenon that deserves some explanation — so here’s what I think each candidate needs to do to meet, or exceed, those all-important expectations.

The big questions politicos have long had about Donald Trump are whether his voters will actually show up, and whether some might get cold feet and back a seemingly more electable candidate at the last second. In short, is this Trump thing for real?

The Iowa caucus results will, at long last, answer these questions. All the recent polls have shown Trump leading. So if he doesn’t win, that will be a pretty strong indication that the polls have overstated Trump’s support and that he’s not as formidable as he appears to be. But if he wins, it will be unmistakably clear that the Trump phenomenon is for real — and an incredible media frenzy will ensue.

If Trump comes in a close second to Cruz, his performance would be viewed as disappointing considering his recent polling surge. Yet it might not derail his campaign. After all, there have long been many reasons to expect Donald Trump to fall flat in Iowa. He’s admitted he’s never asked God for forgiveness and has a pro-choice past, not pluses in the evangelical-heavy caucuses. His ground game seems to be embarrassingly amateurish. He’s neglected traditional retail campaigning in favor of holding a few big rallies. And his demeanor is about as far away from “Iowa nice” as you can get. Plus, even a Trump second-place finish would have been unthinkable just a few months ago.

However, if Trump falls further behind Cruz — or even slips back into third place — it will be clear that he has dramatically underperformed the polls. Voters in other early states trying to cast their ballots strategically may conclude that Trump can’t win, and vote for somebody else instead. And a ton of media coverage will go to Trump’s opponents, which will help boost their chances.

Cruz and Trump are in direct competition in Iowa. If Cruz manages to win despite his recent decline in the polls, he’ll prove to the political world that he has a very professional turnout operation and that he managed to withstand Trump’s best shots. He’ll be covered in the press as the Trump slayer, which could give him some momentum in New Hampshire (where he’s currently in an effective five-way tie for second place).

But a Cruz second-place finish, particularly a weak one, would indeed be viewed as a serious disappointment, since he led Iowa polls until recently and seemed to have natural appeal to the conservatives and evangelicals who turn out so heavily to the GOP caucuses. If Cruz can’t win Iowa, politicos will wonder, where can he win? Press coverage of him as a loser could depress his numbers in the following week’s New Hampshire primary, while Trump (if he’s the winner) will suck up all the media oxygen. And if Cruz falls back into third place, behind Rubio, that would be an utter disaster for the Cruz campaign.

The idea that Rubio could be a “winner” in Iowa despite coming in third (as the polls currently predict) has come in for some mockery lately. But it makes at least some sense. It’s well-known that in recent years the Iowa GOP caucuses have been dominated by conservatives and evangelical voters. So any candidate more in the party’s mainstream, like Rubio, faces an uphill climb there. And, indeed, a third-place finish for Rubio would mean he outperformed the other establishment-friendly candidates still in the race: Jeb Bush, Chris Christie, and John Kasich — thus potentially showing that Rubio has greater crossover appeal than them.

Now, I wouldn’t necessarily expect Rubio to get a big boost from a third-place finish (though the closer he comes behind the second-place finisher, the bigger the boost is likely to be). What he would do, though, is meet expectations — showing political elites that his ground game isn’t as bad as it was cracked up to be. But if Rubio fell back into fourth — behind Ben Carson, perhaps — that would be a disappointing performance. And if he unexpectedly surpasses someone and wins second or first, he’ll shock the political world and get a huge amount of positive media coverage, perhaps followed by the party at long last falling behind him.

These three establishment-friendly candidates are all barely blips in Iowa polls, and nobody expects any of them to do well there. But each has made clear for months that he’s betting everything on New Hampshire, not Iowa — so none will be penalized too much by insiders for a bad showing in the Hawkeye State.

Yet each of these candidates sees himself as in competition with Rubio — who actually could get a bump out of an okay showing in Iowa. So what Bush, Kasich, and Christie all want most is for Rubio to flop in Iowa — meaning for him to get a weak third place or worse.

Obviously, if any one of Bush, Kasich, or Christie somehow does manage to pull off a strong showing in Iowa, that candidate would surpass the tiny expectations set for him and get some buzz. But, again, no one really expects that to happen.

The other Republican candidates need a miracle

Ben Carson is still polling fourth in Iowa, but his candidacy has generally been written off by the political world, and a fourth-place showing in an evangelical state where he once led polls would only confirm that. Even third place would do little for Carson — he needs to become competitive with Trump and Cruz or his candidacy is done.

Meanwhile, Rand Paul, Mike Huckabee, Rick Santorum, and Carly Fiorina are all hoping to defy the polls with a strong Iowa finish. It doesn’t seem particularly likely, but if any of them does manage to break into even the top four, it would be viewed as pretty impressive and win some attention to their campaigns. If not, expect most of them to drop out soon.

In isolation, it might not be such a big deal if Hillary Clinton lost the Iowa caucuses. The problem is that New Hampshire comes right afterward — and polls there are showing Bernie Sanders up by 15 percentage points or so.

Now, losses in the heavily white Iowa and New Hampshire wouldn’t necessarily sink Clinton — to actually have a shot at winning, Sanders still needs to improve his performance among the nonwhite voters who are so important to the Democratic coalition nationally.

But if the supposedly inevitable Democratic frontrunner lost both of the first two contests, a frenzy of second-guessing about her prospects would ensue among political elites, while Sanders would get a ton of positive press coverage — coverage that could, at least conceivably, help him win over more nonwhite voters. And since Clinton’s New Hampshire numbers are so bad, it seems the best way she can stave this off is by winning Iowa (where the final polls generally show her with a slim lead).

What Sanders needs to prove to the political world in Iowa is that his voters aren’t just a small, unusual, enthusiastic faction. Like Trump, there is some skepticism about whether Sanders the democratic socialist can get enough actual voters to turn out for him. So if he manages to come close behind Clinton in Iowa — or, of course, to beat her — he will have proved that his campaign is for real and positioned himself well to take on the frontrunner in future contests.

It may seem a bit unfair that expectations are lower for Sanders than for Clinton. But he is a democratic socialist mounting an insurgent campaign, while Clinton is the heir apparent with the support of practically every elected Democrat. So even a close second-place finish for Sanders would be covered as a major triumph for him — and rightly so, in my view.

Plus, a Sanders win in New Hampshire, where polls already show him up by quite a bit, would quickly compensate for a narrow Iowa defeat. Now, Clinton’s allies will surely argue that since Sanders is from next-door Vermont, a victory for him in New Hampshire would mean little. I don’t think this will work, though. Clinton used to lead in the Granite State, so it’s not as if Sanders had a built-in advantage. And the press has an incentive to hype up the contest as being close for dramatic purposes.

The Iowa caucuses have a history of boosting long-shot Democratic contenders — but because of their unusual rules, they can be quite cruel to them, too. That’s because any candidate who doesn’t manage to achieve 15 percent support in his or her precinct during the first round of voting is eliminated from contention in that precinct, which frees up his or her supporters to choose among the more viable contenders.

So though O’Malley is polling at 4 percent in Iowa, his final tally will likely look far worse, since many of his votes will be thrown out after he fails to meet that 15 percent threshold in various precincts. To justify remaining in the race, O’Malley needs to meet that threshold in a lot of places. Otherwise, his final total might look as bad as Joe Biden’s 0.9 percent in 2008 — a showing so embarrassingly bad that Biden quit the race that night.