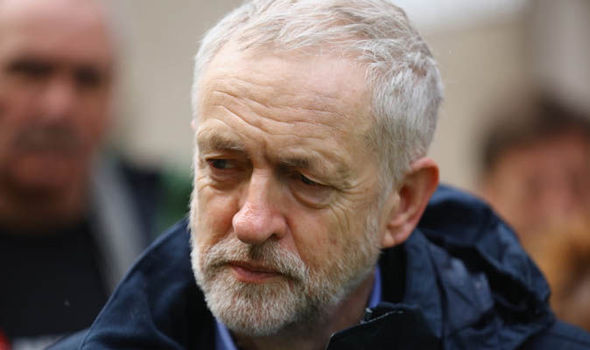 Jeremy Corbyn could purge his shadow cabinet of Labour ‘moderates’

Mr Corbyn met with key aides in his Westminster office this afternoon following days of speculation he will purge his shadow cabinet of those who do not share his hard-left views.

In one farcical scene, the tetchy Labour leader emerged from his suite of offices himself to ask journalists waiting outside to leave.

He said: “Excuse me guys, do you mind not hanging around outside my office door? Could you all leave, please?”

Shadow chief secretary to the treasury Seema Malhotra and shadow minister for energy and climate change Barry Gardiner both emerged from Mr Corbyn’s office, but neither commented on why they had met the Labour leader.

Mr Corbyn is expected to finalise his reshuffle of Labour’s shadow team before they meet tomorrow lunchtime.

Mr Benn is believed to be under threat after ignoring Mr Corbyn’s own opposition to RAF airstrikes against Islamic State jihadists in Syria.

The shadow foreign secretary spoke in direct contradiction to his party leader during a House of Commons debate on the issue last month, with his impassioned speech in favour of military action winning rare applause from MPs on all sides.

Mr Corbyn’s staunch ally Ken Livingstone today claimed it might be “better” for Mr Benn to be moved to another post. 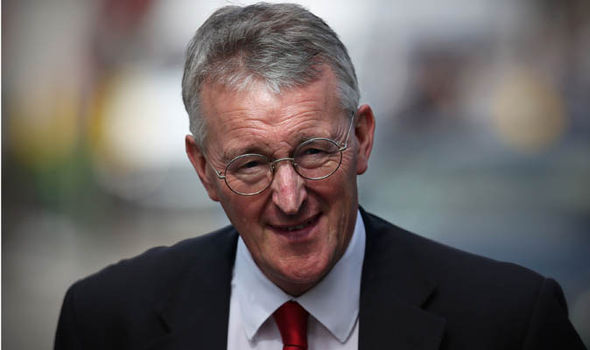 The former Mayor of London told BBC Radio 4’s World At One: “There is a problem if – as we had with the debate on Syria – our principal spokesman stands up at the end of the debate and puts a completely different line to the leader of the Labour Party.

“Allowing genuine debate is one thing, but all we had was days of press coverage about splits between Jeremy Corbyn and Hilary Benn. I think that’s counter-productive.

“It might well be the case – and I have no knowledge of this – that it would be better to move Hilary Benn to something where he is in agreement with Jeremy Corbyn rather than where he is in disagreement.”

Mr Livingstone added it was “quite likely” Mr Benn could be asked to swap jobs with shadow home secretary Andy Burnham, but said he was unaware of Mr Corbyn’s plans.

By contrast, Mr Corbyn is a life-long anti-nuclear campaigner.

His left-wing ally Clive Lewis, who has only been an MP since May, said he did not want to succeed Ms Eagle but stopped short of ruling it out altogether.

Mr Corbyn could also use his reshuffle to promote female MPs to top shadow cabinet posts.

Birmingham Yardley MP Jess Phillips will tonight use a BBC Newsnight interview to accuse the Labour leader of “low-level non-violent misogyny” for failing to give big shadow roles to women when he appointed his first shadow cabinet in September.

Some within Labour branded Mr Corbyn ‘cowardly’ for appearing to hold a reshuffle on a day when many MPs are still not back in Westminster following the Christmas break.

The Labour leader refused to comment when he was asked about a looming reshuffle at a rail fares protest at London’s King’s Cross station this morning.

Labour activists who had been asked to wake up early to attend the rail fares campaign were furious Mr Corbyn had allowed this afternoon’s reshuffle speculation to overshadow their efforts.