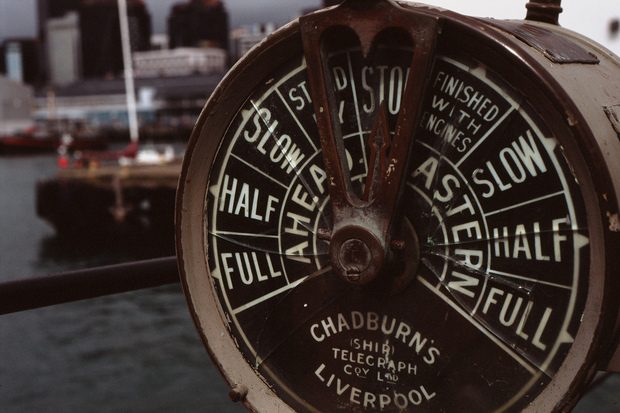 T-Mobile, a carrier that has been shaking up the mobile industry with its innovative moves, now finds itself at the center of a tempest, with YouTube and the Electronic Frontier Foundation accusing it of throttling video streams on its network in violation of Net neutrality rules. That claim has unleashed a flurry of condemnation, but are T-Mobile’s actions as nefarious as they’re being made out or simply the new normal — or both?

At the center of the controversy is T-Mobile’s Binge On program. Introduced in November as yet another game changer, Binge On allows mobile users to stream unlimited video from participating services like Netflix, HBO Now, and Hulu without it counting against their data allowances. The service joined T-Mobile’s other innovation, Music Freedom, which lets mobile customers stream unlimited music from services like Apple Music, Google Music, Pandora, and Spotify to a phone or tablet without triggering overage charges.

True, T-Mobile downgrades the video stream from 1080p to 480p, but 480p is adequate quality for viewing on most phone screens. Is the problem merely a question of semantics then? What the EFF and YouTube call “throttling” T-Mobile claims is “optimizing,” reducing video streams to provide a better experience for customers by helping them stretch their data allotment.

Or perhaps, given all the headlines about Net neutrality violations, T-Mobile is exacting lucrative tolls from services wanting to travel the Binge On road. But no, the program is free to all services, which hardly sounds like discriminatory behavior banned by Net neutrality — and not nearly so nefarious as Comcast’s, AT&T’s, and Verizon’s experiments with zero-rating data programs.

Comcast, for instance, exempts its own streaming video service from its usage caps — and insists it isn’t a Net neutrality violation because its new Stream service “is an IP cable service delivered over our managed network to the home.” AT&T and Verizon allow some companies to pay fees to have their content specifically excluded from user usage allotments.

What is YouTube’s beef with T-Mobile?

“Reducing data charges can be good for users, but it doesn’t justify throttling all video services, especially without explicit user consent,” a YouTube spokesman said.

There’s the rub. T-Mobile, the EFF determined through testing, is downgrading all video on its network to 480p, not only streams from services that signed on to Binge On. And YouTube — which these days has half of its traffic coming from mobile — is not a participant in Binge On.

The reason for this may be technical. T-Mobile has more difficulty reading YouTube traffic, says Grant Castle, vice president of engineering at T-Mobile. According to the Wall Street Journal, after the NSA spying revelations, “Google redesigned its network to make its Internet traffic more secure from end to end. That added more technical challenges for companies trying to parse the data, Sandvine Chief Technology Officer Don Bowman said.”

Of course, if T-Mobile truly wants to be neutral, all throttled videos should be exempt from customer data caps.

Furthermore, while T-Mobile did alert users that Binge On was enabled by default, “a lot of this brouhaha surrounding Binge On could’ve been avoided if T-Mobile had made the program opt-in rather than automatically enabling it on customers’ accounts.”

Here’s where the story grows a bit shadier and not so black and white. T-Mobile’s plan to give customers free streaming video is not as altruistic as CEO John Legere implies. Throttling/optimizing video reduces the resources T-Mobile needs to employ to deliver that traffic, which is a smart business move. While users may love zero-rate video and music streaming now, it is also seen by many Net neutrality advocates as the Pandora’s box that will eventually destroy the open Internet.

If T-Mobile’s network is actually capable of offering 1080p video or better but the company decides against it, that’s a problem, writes TechnoBuffalo.

Sure, nothing is being blocked, as the Net neutrality definition says, but it’s being purposefully downgraded. What if T-Mobile, down the road, decides to offer Binge On HD, the same service but with higher quality video for a small additional fee each month? Now suddenly you’re going to be paying for premium services in higher resolutions…. If we sit here and let companies like T-Mobile woo us with “free” services at low resolutions with approved content, Net neutrality will be a lost memory.

In other words, free isn’t always free. The EFF warns that “we don’t think exemptions from data caps should necessarily be heralded as pro-customer moves,” and The Verge has been warning of the dangers of “free” data plans for a while.

According to The Verge:

The only reason Binge On and Music Freedom sound like such a great pro-consumer deal is because the top four mobile ISPs — Verizon, AT&T, Sprint, and T-Mobile — have manufactured a market based completely on artificial scarcity. For years ISPs have clamored about a mobile data crunch that never materialized to justify data caps and outrageous prices, and wouldn’t you know it, now they have the solution….

Have you noticed that all these zero-rating programs privilege video and sound? What about everything else? The network isn’t open if this kind of discrimination exists. One of the worst possible worlds for the Internet is one in which suits at companies like Comcast or T-Mobile have to meet in a boardroom before you’re allowed to experience something without limits. That future looks more and more likely as media companies, technology companies, and telecommunications companies become more tightly integrated….

So Binge On is a bad idea. It gives T-Mobile too much power in deciding winners and losers on the Internet, and it gives other ISPs incentive to adopt similar measures to stay competitive. Worse, its spin as a pro-consumer benefit obscures the manipulation of the broadband market that’s happening right under our noses.

Last month the FCC sent letters to T-Mobile, AT&T, and Comcast inquiring about their zero-cost services. While the agency is not conducting a formal Net neutrality investigation, the letters cite critics’ concerns about the business practices — which perhaps signals a willingness by FCC Chairman Tom Wheeler to reconsider his previous praise of Binge On as “highly innovative and highly competitive.”