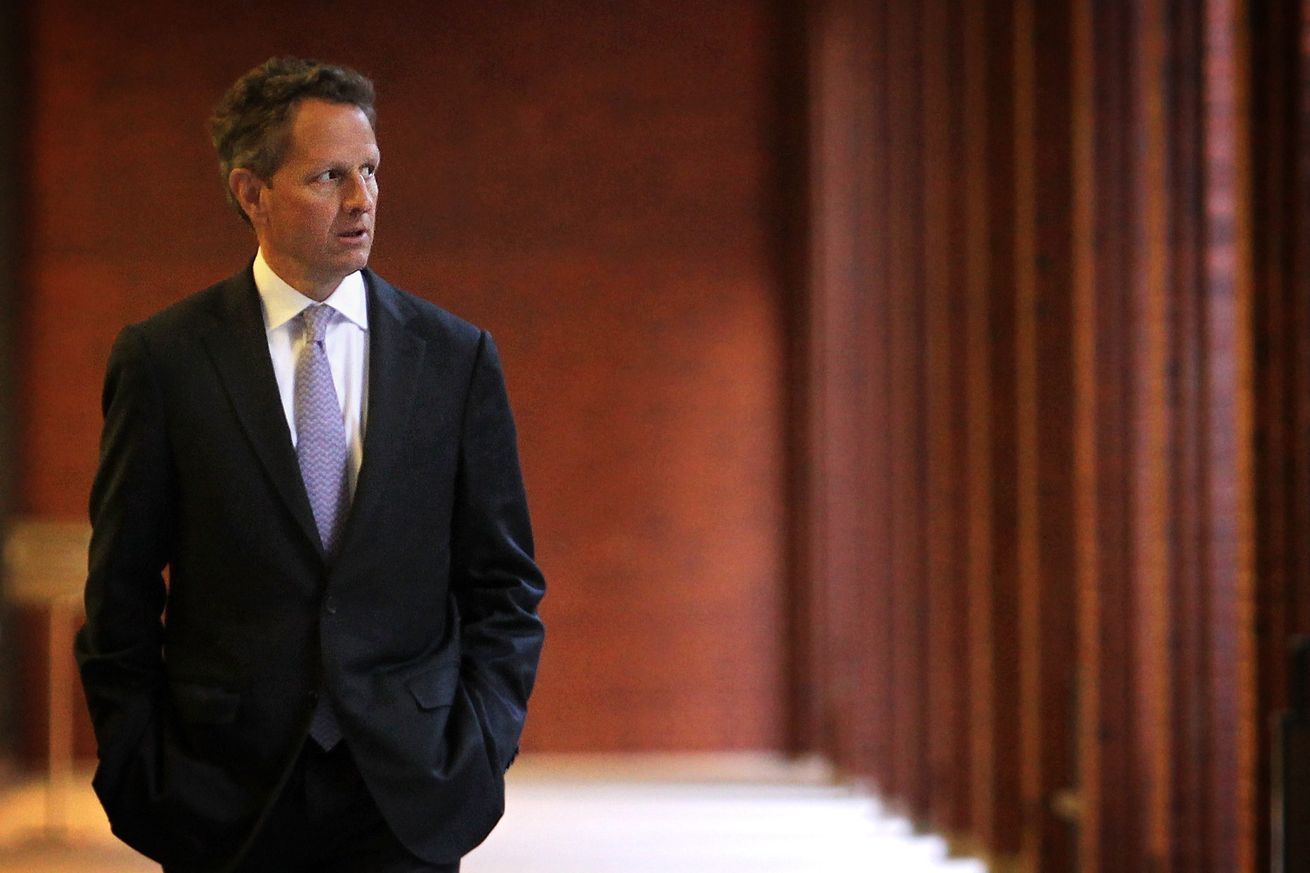 Tim Geithner used to be Treasury secretary, and before that he was president of the New York Federal Reserve Bank, and before that he was an undersecretary of Treasury in the Clinton administration. Today, regulatory filings reveal that he’s obtained a personal line of credit from JPMorgan. He plans to use the money to invest in a $12 billion private equity fund that Warburg Pincus, where he works now, is raising.

The reason he needs the loan is that partners in private equity companies are typically expected to put some of their own money into these funds, in order to show to passive investors that everyone’s incentives are aligned. The problem for Geithner is that unlike most high-ranking private equity guys, he’s not personally rich. He drew a healthy salary as a Cabinet secretary and a Fed guy, but not the kind of big-shot money someone in private equity might accumulate.

This Geithner story is a pretty perfect example of something Bernie Sanders has been complaining about on the campaign trail. Polls show Sanders as overwhelmingly likely to beat Hillary Clinton in the New Hampshire primary tomorrow. His likely victory is in part driven by a message that denounces both the Democratic and Republican establishments as part of a “corrupt system” that involves unseemly ties to Wall Street and the corporate world.

Geithner’s loan shows how that does and doesn’t work out. There’s no evidence to believe Geithner did any special favors for Warburg Pincus in any of his government jobs, and little reason to believe that JPMorgan had anything other than a basic business interest in advancing this line of credit. From JPMorgan’s perspective, it’s a no-brainer move to make, and if one bank hadn’t been willing to do it, another bank would have. There’s no quid pro quo here, and by conventional standards there’s no scandal.

But even if there’s nothing technically wrong with this setup, it is exactly why Sanders’s message is resonating. By conventional standards it’s normal for the Democratic Party to appoint someone like Geithner: a Treasury secretary who is also the kind of person who could comfortably be a partner at a private equity firm and get a line of credit from a major global bank to paper over the fact that he’s not as rich as those colleagues. It’s not a scandal; it’s just how the game is played.

And for many Sanders supporters, that is precisely what’s wrong.