Home
Science
Zebra stripes are not for camouflage, scientists confirm 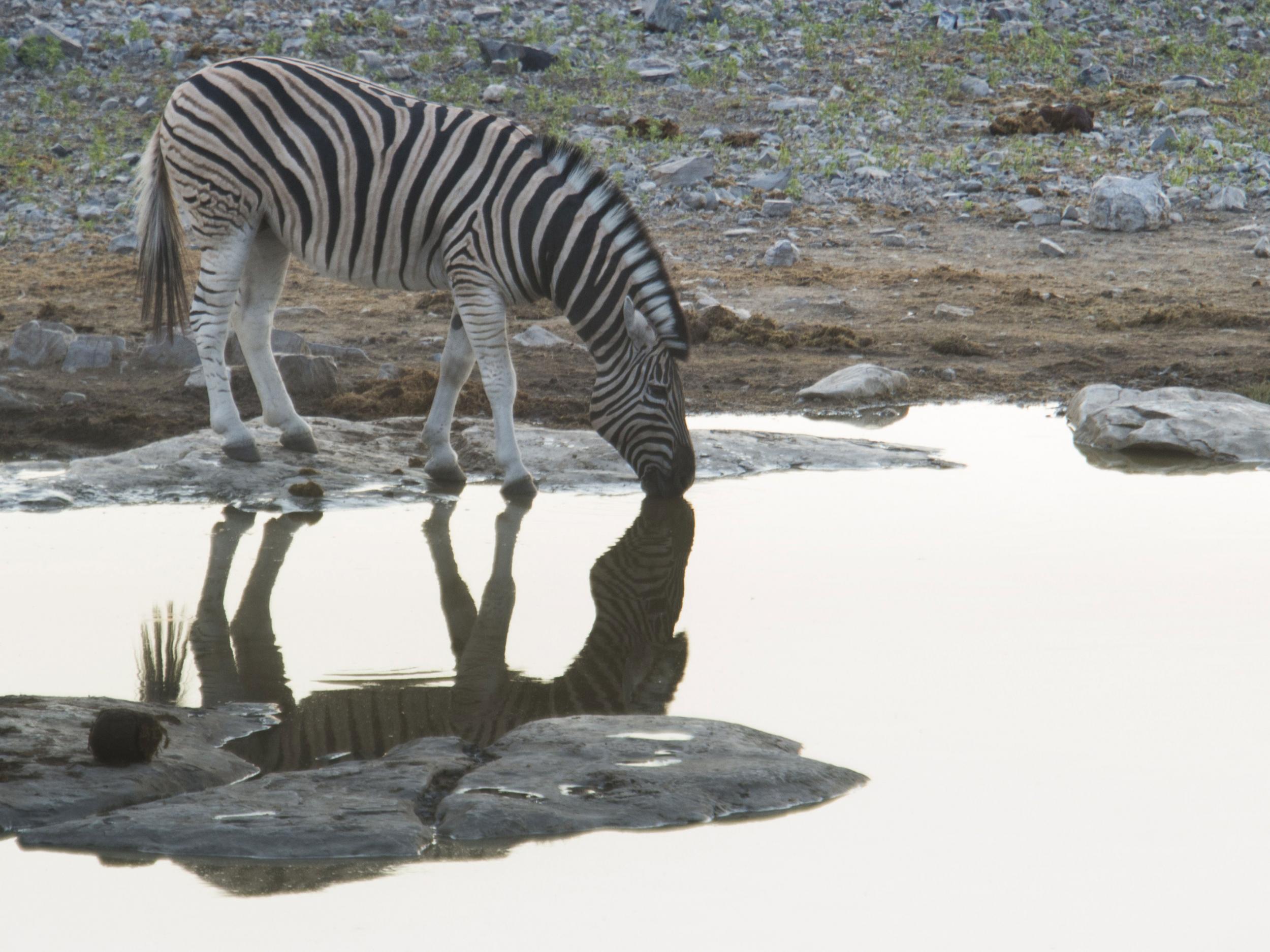 For over 100 years the question of why zebras have stripes has proved a perpetual conundrum, even prompting heated debates between revered scientists.

However, the common consensus that zebra stripes are used as camouflage to protect them from predators has been refuted in a new study.

Scientists at the University of Calgary and UC Davis passed digital images of zebras, taken in the fields of Tanzania, through spatial and colour filters, simulating how the animals would appear to their main predators – lions and spotted hyenas – as well as to other zebras.

They also measured the width and luminance of the stripes in order to estimate the maximum distance they could be detected by different species, using information about their vision.

The study, published in the journal PLOS ONE, found stripes are not used for camouflage, or a means of breaking up the outline of the zebra to make it less conspicuous, as at the point at which predators can see zebra stripes they will already have heard or smelled the zebra prey.

Researchers found at beyond 50m in daylight and 30m at twilight, when most predators hunt, stripes could be detected by humans but were hard for predators to distinguish.

On moonless nights the stripes are difficult for all species to see beyond nine metres.

This suggests the stripes do not provide camouflage in woodland areas, where it was earlier thought black stripes mimicked tree trunks and white stripes blended with shafts of light coming through the trees.

In open, treeless habitats – where zebras spend the majority of their time – researchers found lions could see the outline of striped zebras just as easily as they could see similar size prey without the monochrome pattern.

The study also suggests striping does not provide any social advantage by allowing other zebras to recognise each other at a distance.

While zebras can see stripes over further distances than their predators can, scientists noted other species, closely related to the zebra, are highly social and able to recognise each other easily despite having no striping.

Amanda Melin, lead author of the study and an assistant professor of biological anthropology at the University of Calgary, said: “The most longstanding hypothesis for zebra striping is crypsis, or camouflaging, but until now the question has always been framed through human eyes.

“We, instead, carried out a series of calculations through which we were able to estimate the distances at which lions and spotted hyenas, as well as zebras, can see zebra stripes under daylight, twilight, or during a moonless night.”

Tim Caro, co-author of the study and a UC Davis professor of wildlife biology, said: “The results from this new study provide no support at all for the idea that the zebra’s stripes provide some type of anti-predator camouflaging effect.

“Instead, we reject this long-standing hypothesis that was debated by Charles Darwin and Alfred Russell Wallace.”