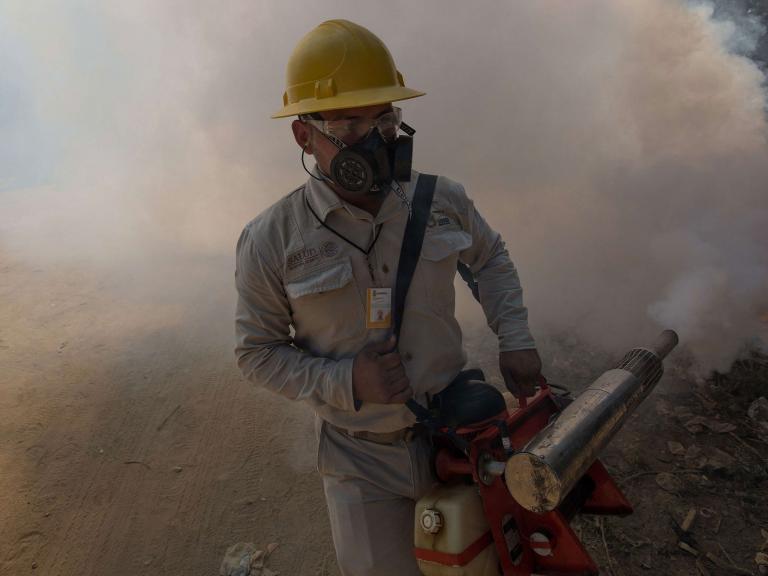 The Zika virus is currently being treated as an international emergency, and is spreading explosively across the world. But as with all major, terrifying events, misinformation and conspiracies is being spread quickly too.

Many of the biggest conspiracy theories are familiar: a shadowy network is spreading the virus, or people are being intentionally left to die.

But they can also have terrible effects. Many of the stories being spread demonise genuine efforts to get work done, and so could lead directly to people dying or the virus spreading further.

Zika was not spread as a population control mechanism

The idea that Zika is being used to keep the number of people down slots neatly into a range of popular conspiracy theories. But it doesn’t really make sense, even by its own logic.

The Zika virus would be an incredibly inefficient way of wiping out populations, if that was the New World Order’s aim.

About 80 per cent of the people who catch the virus never experience any of its symptoms. If they do, then they’ll almost certainly feel like they have a bad flu: a fever, headaches, and so on.

The main reason to worry at the moment is the apparent effect that the Zika virus has on pregnant women. Their babies appear to be being born with an increased incidence of microcephaly, or abnormally small heads, which can lead to major problems later in life.

But even then, the Zika virus does not kill the children or their parents, or lower the fertility rate in any direct way.

It is likely that people in affected countries will have fewer children while the disease is raging, as a way of looking to stave off its effects on their babies. But that would be an incredibly inefficient way of keeping the population down.

The two big baddies of most conspiracy theories, many have claimed that the Rothschild family and/or the Rockefellers are responsible for the spread of the Zika virus. (It isn’t clear why they would do this.)

This theory is laid out on one conspiracy website, Collective Evolution. That site claims that the Rockefeller Foundation “owns the patent on the virus”, and that is being sold throughout the world.

But the ATCC doesn’t collect copyrights. It’s in fact a very useful medical resource, which stores and distributes microorganisms and other materials that allow companies and other researchers to inspect and build on existing knowledge.

The connection with the Rothschild Foundation here is because the virus was originally found by scientists working for it. Scientists dropped off a sample of the virus, taken from a rhesus monkey in Uganda, in the repository in 1947.

Or by another company called Oxitec, which is funded by the Bill and Melinda Gates Foundation

This is a largely similar idea: a British company called Oxitec was testing genetically engineered mosquitoes to stop the spread of the Zika virus, among other diseases. But those insects were actually spreading the disease — either by accident or on purpose, depending on who’s telling you. (And all of this is funded by the Bill and Melinda Gates Foundation.)

All of this comes from a paper that shows that Oxitec was testing its proposal, of releasing genetically-engineered mosquitoes that kill their offspring and using it to reduce the number of dangerous mosquitoes in the wild.

The conspiracies emerged because of a Reddit post that pointed out the areas the mosquitoes were being released correlated with the areas that Zika outbreaks were happening. Both events pointed to a city called Juazeiro in Brazil.

But the Reddit post had got the wrong Juazeiro, pointed at a place 300km away. And even the correct Juazeiro is a long way from the places particularly affected by Zika, which are on the coast.

And the current, dangerous outbreak didn’t even come from that area. It’s thoughtto have spread from an outbreak in 2013, in French Polynesia.

But there are genetically engineered mosquitoes in Brazil

It’s true that people are trying to genetically engineer mosquitoes to combat Zika and other related viruses, though. The Oxitec trials are real, and are only just one part of a range of various projects to try and fight the Zika virus.

It might turn out that the solution to the mosquito-borne Zika virus is the mosquitoes themselves. Spreading fear about their use could delay solutions that are much-needed.

This is something that gained particular traction with Ebola, and gets strengthened every time there is a new, major outbreak — they are being created as a way of making money for the pharmaceutical industry.

Often the argument for this takes the form of pointing out the narrative: a virus is found and it spreads quickly, explosively and dangerously. Then, as if by magic, a vaccine arrives and is heralded as a cure, so long as governments pay for it.

But that’s also the obvious story. These diseases explode as a complete surprise, and originate from just one unknown place. Scientists start working hard to create a vaccine — and it is true that there is more of a financial motivation to do so — and then that work often leads to new cures or vaccines.

The pharmaceutical is a strange place, and it has often been pointed out that many of the companies involved have strange incentives that can lead to unusual results. But none of the major viruses spreading around the world have been provably created by any of its companies.

A baby born with microcephaly, in Recife, Brazil. The condition has been linked to the Zika virus, transmitted by mosquitoes

It’s true that there has been no conclusive connection between Zika and microcephaly. The World Health Organisation has said that “a causal relationship between Zika infection during pregnancy and microcephaly is strongly suspected, though not yet scientifically proven.”

“All experts agreed on the urgent need to coordinate international efforts to investigate and understand this relationship better,” the WHO wrote in its latest Zika situation report.

But the evidence that there is a connection seems strong. Seven countries have reported an increase in cases of microcephaly when the Zika virus outbreak took hold, and doctors first became concerned when reports of babies with abnormally small heads rose rapidly — but it may turn out to be more complicated than that.