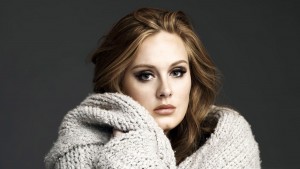 It’s been a rough couple of days for Republican presidential candidate Donald Trump. In addition to that whole Iowa caucus thing, Trump has continued having difficulty finding a theme song for his campaign, with countless musicians having pulled their music, reports BBC.

Trump had recently taken to playing Adele’s “Rolling In The Deep” as his “warm-up” music. But not any longer.

“Adele has not given permission for her music to be used for any political campaigning,” her spokesman confirmed.

Mike Huckabee was also using Adele’s music in a “Hello” parody, which has since been removed from YouTube. New Jersey Governor and fellow presidential candidate Chris Christie had also used the popular song to attack competing candidate Marco Rubio.

Just last year, lawyers for Steven Tyler sent Trump’s campaign a cease-and-desist letter after the politician played the band’s hit “Dream On” at rallies around the country.

The letter said Trump’s use of the song gave the “false impression” that the Aerosmith frontman endorsed the candidate’s presidential bid.

Trump fired shots on Twitter, saying he had the legal right to use the song, but had found “a better one to take its place.”

“Steven Tyler got more publicity on his song request than he’s gotten in 10 years. Good for him!” he added.

Meanwhile, R.E.M.’s Michael Stipe told the campaign to “go f–k (them)selves” after demanding Trump stop using “It’s the End of the World As We Know It (And I Feel Fine).” Neil Young chose to simply express his preference for Bernie Sanders when asking Trump to stop using “Rockin’ in the Free World.”

U.S. copyright laws give politicians the opportunity to use recorded music at their rallies if the venue has a public performance license issued through a songwriters’ association, such as ASCAP or BMI.

That being said, there’s always room for an artist to complain that their image and reputation is being damaged by the repeated use of a song without their permission.

I watched every campaign ad that’s been broadcast in Iowa. Here’s what I learned.