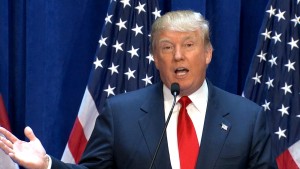 The presidential political tides are shifting in all directions. The recent vigorous attacks on Donald Trump in National Review and The Weekly Standard by an imposing phalanx of commentators, including some eminent conservative intellectuals, coupled to the deterioration of the Clinton campaign and its cozy rediscovery of the conjured virtues of Obamaism, have encouraged Michael Bloomberg’s public contemplation of a third-party candidacy. The conservative assault on Trump is a hazardous casting of the dice. Rich Lowry, Thomas Sowell, John Podhoretz, William Kristol, and others have allied themselves with the afflicted rump of the traditional Republican party they have generally disdained, in what is starting to look like a hastily cobbled together goal-line stand against outsiders in the GOP, especially someone they believe is a bigot and a blowhard​.

This may be ideologically defensible, but does not appear tactically astute, especially as the attack is largely a farrago of inconsistent charges and condescensions. According to weekend polls by Fox News and CBS/YouGov, the outsider candidates — Trump, Cruz, and Carson — have between 64 and 78 per cent of the Republican voters in the Iowa caucuses next week, and between 50 and 55 per cent of the Republican vote in the New Hampshire primary next month. Trump appears to be leading in all the polls. Important, and from a conservative perspective, respectable spokesmen, such as the venerable Bob Dole, are moving deliberately but determinedly toward Trump. If Trump is successful in both Iowa and New Hampshire, and Cruz is his nearest challenger, the traditional Republican apparatus is finished for this year, and the National Review and The Weekly Standard will have embarked in the lifeboats with it, the devil take the women and children.

The chief objections to Trump from the right are not exactly that he isn’t conservative, but rather that he is an opportunist, a charlatan, that he is stylistically vulgar and garish, and, in a word, that he is not Ronald Reagan. There is some truth in these charges, but this isn’t Ronald Reagan’s America anymore, a presidential election is not a genteel cotillion, and all politicians, including even Lincoln and Reagan, were to some extent opportunists and charlatans.

The issue is whether their histrionics are in a good cause and ultimately serve the national interest. Lincoln embarked on the suppression of the “insurrection” on legally questionable grounds. Right to the end, he assured northerners who were not prepared to give their lives in hundreds of thousands to be rid of slavery (though most northerners disapproved of slavery) that they were fighting to preserve the Union and that the Emancipation Proclamation was, at least initially, primarily a method of disturbing domestic tranquility in the Confederacy.

Even Reagan knew it was nonsense to speak of a constitutional amendment banning abortions; he was pulling everyone’s leg when he spoke of giving the Soviet Union the scientific details of the comprehensive missile-defence system he proposed; and he campaigned against the federal government even when he had been running it for seven years. If we apply this lofty moral yardstick to Democrats, we immerse ourselves in the hypocrisy of Jefferson the slaveholder, Wilson the segregationist, all the elegant flimflam, not to say trumperies, of FDR, and the skulduggery of the Kennedys and LBJ: a pantheon of opportunists and charlatans, as well as of statesmen.

I accept that it’s a stretch to liken Donald Trump to Lincoln and Reagan or Jefferson, but we’re discussing politicians and not candidates for sainthood or chairman of the New York Yacht Club. In politics, exaltation comes in different ways, and especially in winning elections. All that the National Review and Weekly Standard worthies have in common with the regulars to whose assistance they are now flying is their dislike of the alleged non-conservative upstarts who seem to have hijacked most of the support of the Republican rank and file, while encroaching on working-class Democrats and expanding the electorate.

In a democracy, the people are always right, and if Trump wins, it will be because an impatient and disserved people wishes it so

The conservative thinkers seem to have no clearer understanding than the mainstream national media do that the country is disgusted with 20 years of failure in national government by both parties in all three branches. The system has broken down, and the country wants people in charge who are not complicit in the shambles of the housing bubble and the Great Recession, the Iraq War, the doubling of the national debt in seven years, the botch of health care, the humiliation of the country in a misconceived pursuit of universal democracy, followed by an incoherent appeasement of Iran, the imposition of self-erasing red lines, and being frequently outmanoeuvred by the Russians.

In fact, Donald Trump is reasonably conservative. He opposes tax breaks for the rich and back-handers for rich cronies, if not as histrionically as Warren Buffett does (though Buffett has often been a beneficiary of them). Moreover, he spares the country the tedious spectacle of politicians ambling about with begging bowls or cupped hands asking for money, because Donald is paying his own way. His presentational methods grate on the nerves of sophisticated people, but it is an Archie Bunker approach by a man who is a successful businessman rather than, like Archie, a blue-collar clock-puncher. And the approach works: He is leading the polls. In a democracy, the people are always right, and if he wins, it will be because an impatient and disserved people wishes it so.

In straight policy terms, consider his proposals to stop illegal immigration, his tax and health-care suggestions, and his general foreign-policy outline of defining the national interest and maintaining it (neither an over-extension such as George W. Bush attempted nor a bunk disguised as a “pivot,” as Obama has tried to effect). None of this is offensive to a reasonable conservative except the bravura about making Mexico pay for the wall along the border or the absurd and impractical call not to allow any Muslims into the country except accredited diplomats.

His comments on John McCain’s war record and Carly Fiorina’s appearance and various other reflections were offensive. But, as Mark Steyn wrote of Trump’s recent appearance in Burlington, Vt., his casualness is refreshing. He is un-self-conscious, not at all formal or self-important; there were no urgent aides whispering in his ear and guiding him by the elbow. He’s just Donald.

The point is, the traditional politicians have failed. After the first Bush and the first Clinton (and they had their shortcomings), we’ve seen failure all along the line, and the country won’t willingly stand for it any longer. Trump, Cruz, and Sanders are the beneficiaries of this.

There are two other points about this conservative highbrow attack on Donald. First, they don’t have a candidate, so as long as they just attack Trump, they are attacking public opinion. Second, they exaggerate their importance. Ideology cannot entirely dictate policy and pre-election tactics, and snobbery is no substitute for political acuity.

The narrowing contest between Hillary Clinton and the camp Vermont socialist Bernie Sanders now has Clinton attacking Sanders for insufficient attachment to the legacy of Obama, who retains some popularity in the Democratic party. (Obama, despite the general failure of his administration, is, apart from FDR, the first person to lead that party to two consecutive popular electoral majorities since Andrew Jackson.) Recent polls have Sanders leading Clinton narrowly in Iowa and by a wide margin in New Hampshire. Sanders is an engaging septuagenarian whose attacks on the justice system and the corruption of much of government are refreshing, but unfortunately, he is not a capitalist and seems to be a pacifistic isolationist. His nomination would replicate the shambles of McGovern in 1972, whom Nixon defeated by a still-unmatched 18 million votes.

Clinton is now running as both the candidate of the Democratic Right, such as remains of it (her husband’s old New Democrats), and the Obama loyalist, while she waits to see if the president and the attorney general and the FBI director are going to indict her for breaches of national security and dissembling in her handling of emails as secretary of state. If Clinton fights through to be nominated, she will be a very vulnerable candidate to any of the leading Republicans; she has told so many untruths and left so much hanging out on the e-mails farce and the Benghazi debacle, the Republicans will be running against Pinocchio.

If the Republican-party regulars, reinforced from the ideological right, want to stop Trump and promote someone they regard as a suitable and presentable candidate, they will have to put all their chips on Marco Rubio soon. Or they could try a broader-based draft of House Speaker Paul Ryan (who was drafted to the speakership), a dark horse of Wendell Willkie, if not James K. Polk, proportions. There is plenty of precedent for nominating people who were not formerly politicians, but it’s usually been senior military officers selected by party bosses, such as Generals Harrison, Taylor, Grant, and Eisenhower.

Donald Trump is no Eisenhower, but he is not as revolutionary as he seems, in policy, or personality, or in his nonpolitical background. If Donald is more careful verbally and tries to reassure those who think he is just a megalomaniac or a carnival huckster, and if he dangles the post of secretary of state in front of Bloomberg and offers the vice presidency to Rubio, the Republicans, with Mitch McConnell and Paul Ryan directing the Congress, could provide a good administration for a country dispirited by almost a generation of misgovernment. Donald Trump knows how to make a deal, and he would get on in Washington.

‘Confiscate his coat!’ Trump prods security to step up to protesters interrupting his Vermont rally