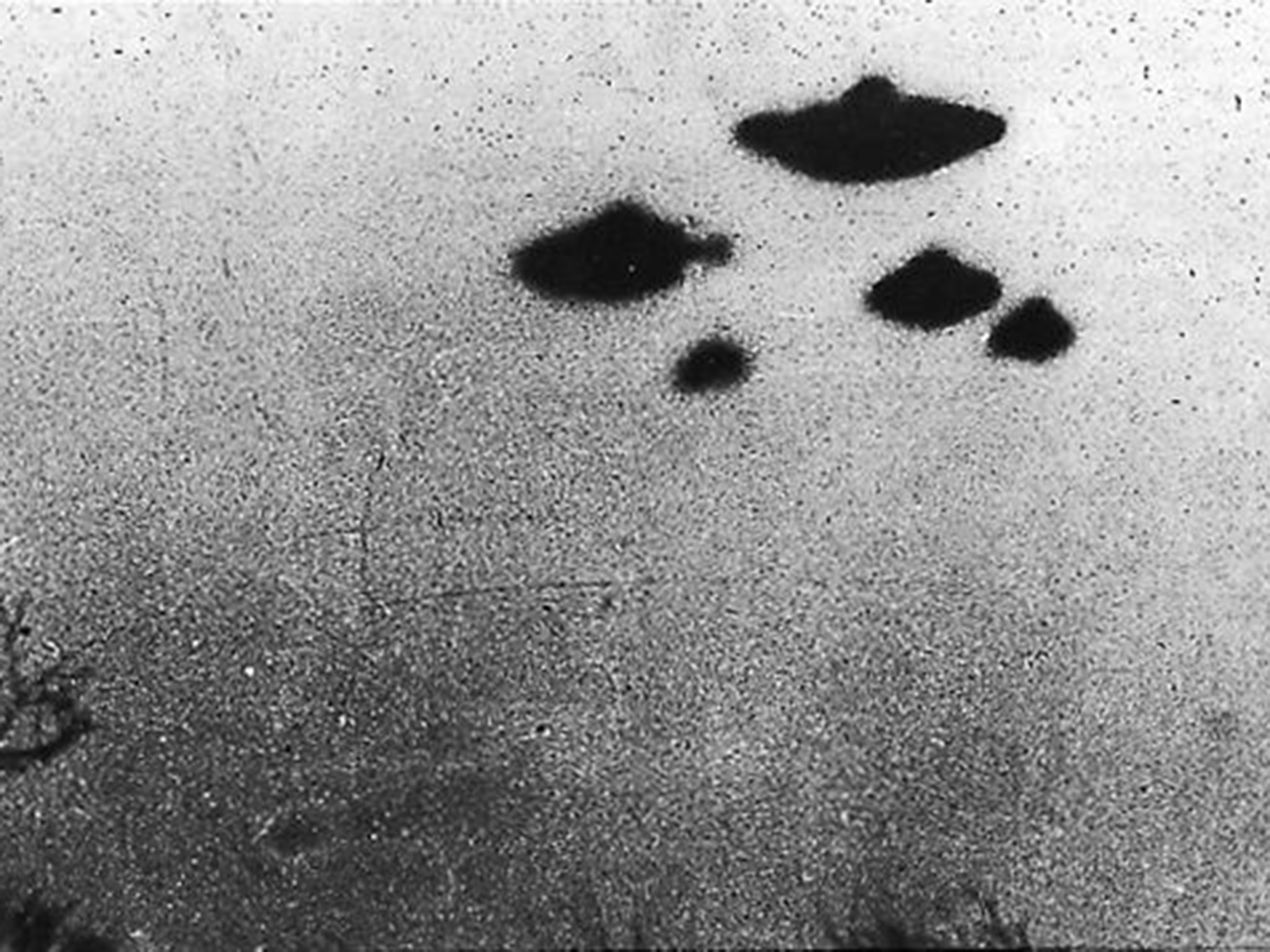 The hand selected images are among formerly classified files from the 1950s which were hidden away by the American spy agency.

First released in 1978, the images show how the CIA carried out extensive and secretive investigations into whether extraterrestrial life exists.

According to the documents released, one 1952 report entitled “Flying Saucers” said all but 100 UFO sightings had a reasonable explanation.

It said: “Less than 100 reasonably credible reports remain ‘unexplainable’ at this time. It is recommended that CIA surveillance be continued.

“It is strongly urged, however, that no reports of CIA interest or concern reach the press or public.”

And the 10 files – released to coincide with the revival of cult sci-fi series The X Files – do not contain any clues to any “alien abductions” or “crashed spaceships”.

A UFO photographed over Minneapolis in Minnesota in October 1960

A spokesman for the CIA said:  “We’ve decided to highlight a few documents both sceptics and believers will find interesting.

“Below you will find five documents we think X-Files character Agent Fox Mulder would love to use to try and persuade others of the existence of extraterrestrial activity.

“We also pulled five documents we think his sceptical partner, Agent Dana Scully, could use to prove there is a scientific explanation for UFO sightings.”

A 1952 report which said most UFO sightings are ‘phoney’

Some UFO conspiracy theorists do not believe the CIA’s decision is so innocent.

Stephen Bassett, the executive director of the Paradigm Research Group – which is campaigning to get the US government to “admit” aliens are real – believes the release is a face-saving exercise by the CIA to prepare the public for the existence of extraterrestrials.

He told the Mirror: “The recent postings to the CIA website could well be strategic on the part of the agency.

“It appears the CIA used the revival of the X-Files franchise as a convenient time to remind the public the agency has, in fact, engaged the extraterrestrial presence issue in the past.

“Post-disclosure the CIA will have substantial public relations issues as it has played a significant role in maintaining the truth embargo over six decades.

“These recent postings could have an inoculative effect in service to the agency’s future PR strategy.”

Why stubborn children are more likely to become successful