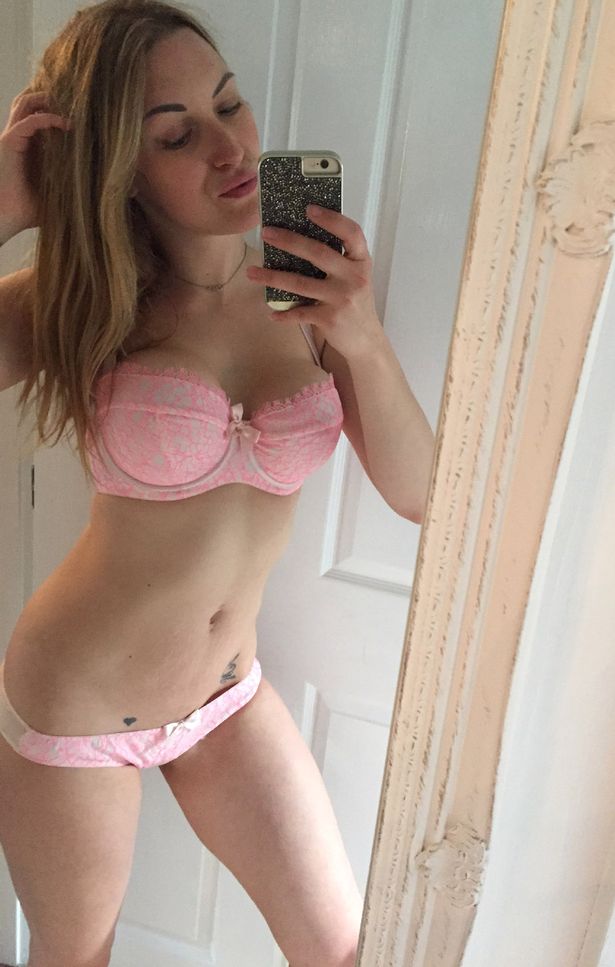 A former glamour model and health campaigner is hoping to encourage more women to go for smear tests by posting a photo of her cervix on social media.

The online blogger, who has more than 150,000 followers, has previously raised money for good causes – including cancer charities – by giving away topless photos to people who made donations.

However, this campaign is particularly close to her heart as last year she had to have a biopsy after a smear test revealed abnormal cells.

Scare: Tracey thinks this might be the first ever cervix selfie

After several tortuous months she got the all clear and is being treated for what is believed to be the result of a virus.

She said: “I have raised money for cancer charities but felt this was something more personal I could give.

“On my blog I like to talk about things other people won’t and I am urging women to go for a smear test – it would be amazing if this advice saved somebody.

“It is a bit uncomfortable and embarrassing but these feelings won’t bring you back from the dead.

“I am now getting treatment and I feel in safe hands with the NHS.”

She believes her cervix photo is the first of its kind ever to be posted on social media.

She has taken a lipstick-smeared selfie to support Jo’s Cervical Cancer Trust and its #smearforsmear campaign.

Tracy, from Buckinghamshire, hit the news last year when she posted a beauty video promoting the benefits of sperm as a facial treatment.