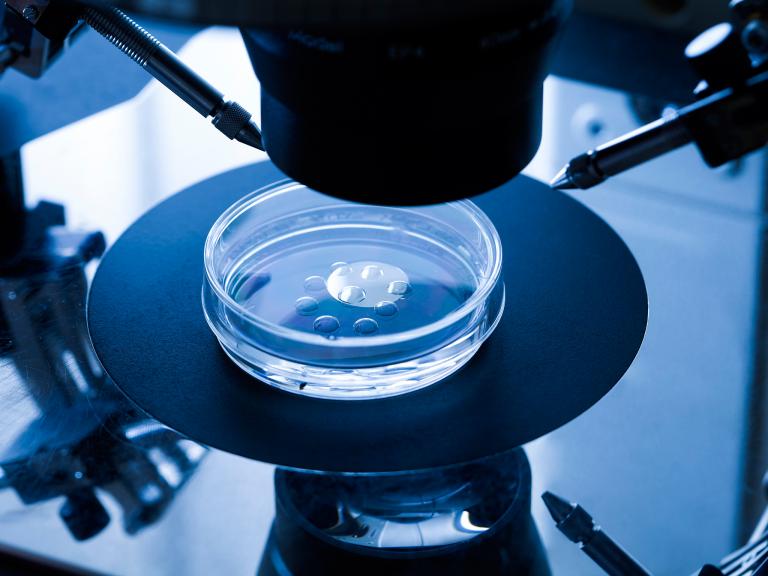 The first licence in Britain to “edit” the genes of human IVF embryos should lead to a better understanding of the fundamental fertility problems suffered by thousands of couples trying to start a family, scientists have said.

Approving the licence application by the Crick Institute in London would provide vital details of how genes work in human embryos less than six-days old, which could ultimately help to improve the chances of a successful pregnancy in women undergoing IVF treatment, the researchers said.

Scientists advising the Human Fertilisation and Embryology Authority (HFEA) also said that this knowledge could not come about without experiments on spare human IVF embryos donated for research. The embryos of laboratory mice have proven to be too different to shed much further light on the arcane genetics of early human development, they said.

The HFEA announced that it has approved the extension of an existing research licence held by the Crick Institute that would for the first time in Britain allow the use of a gene-editing technique called Crispr-Cas9 to remove small segments of DNA in order to disable key genes suspected of being involved in the development of early human embryos.

About 30 or 40 genetically-modified embryos are expected to be used in the study but none will be allowed to survive beyond five or six days – well within the legal limit of 14 days – and it will remain illegal for researchers to attempt to implant them into the womb.

However, some scientists believe the research could lead to calls for the creation of GM babies if “germline” genetic modification can be shown to have a proven medical benefit, such as the treatment of infertility.

“We will also learn about the use of the techniques in human embryos, how efficient and accurate they are, which will help inform the debate about whether germline treatments to make heritable changes would be practical and safe,” said Professor Robin Lovell-Badge, an expert in mammalian reproduction at the Crick Institute.

The minutes of the HFEA’s scientific committee, which approved the licence application last week, were released on 1 February. They state that progress in this field using mouse embryos alone is hampered by the fact that they have proven to be too different to human embryos.

“The committee found that the use of human embryos is necessary because the proposed research aims to study the role of gene products in human embryos that are not present in mouse embryos at the same stage,” the Minutes say.

Professor Lovell-Badge said that Dr Niakin’s study with Crispr-Cas9 will address the role of specific genes in determining the development of the early human embryo in the first few days after fertilisation.

“Moreover, human embryonic development is significantly different to that of animal model species in a number of respects and, additionally, not all functions required for preimplantation development can be modelled in embryonic stem cells,” they add.

Kathy Niakin, who will lead the project at the Crick Institute, said that blocking the function of a set of key keys using Crispr-Cas9 in one-day-old embryos would help to understand why the IVF embryos of some women repeatedly fail to develop when transplanted in the womb.

Although her HFEA licence application has now been approved, the Crick Institute still has to be given approval by the Cambridge Central Research Ethics Committee before the study can proceed, which is likely to be later this year.

Professor Lovell-Badge said that Dr Niakin’s study with Crispr-Cas9 will address the role of specific genes in determining the development of the early human embryo in the first few days after fertilisation.

“The assumption had been that what is true for the mouse will also be true for humans, but we now know through the work carried out by Kathy and others over the last few years that this is unlikely to be true; indeed there seem to be many differences,” Professor Lovell-Badge said.

“The approval of her licence gives the exciting prospect that we will at last begin to understand how the different cell types are specified at these pre-implantation stages in the human embryo,” he said.

“This fundamental knowledge may also have practical benefits in helping to improve success rates for IVF and for both the establishment and maintenance of pregnancy – in ways that will not depend on genome-editing methods,” he added.