Home
Politics
Police have killed at least 2,611 people since Ferguson 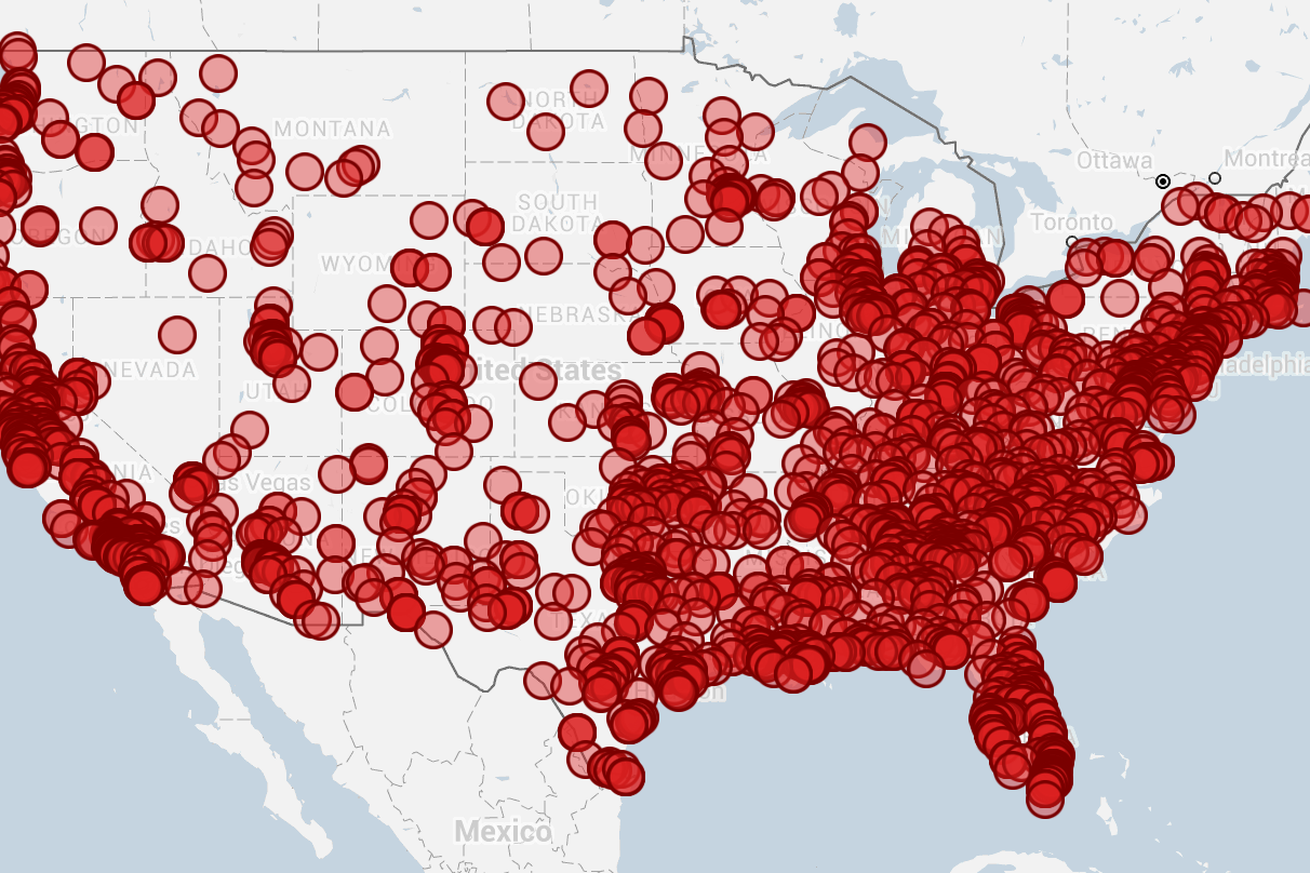 Philando Castile, Alton Sterling, and Freddie Gray are just three of at least 2,611 people killed by police since August 9, 2014, the day of the Michael Brown shooting in Ferguson, Missouri.

Fatal Encounters, a nonprofit, has tracked these killings by collecting reports from the media, public, and law enforcement and verifying them through news reports. Some of the data is incomplete, with details about a victim’s race, age, and other factors sometimes missing. It also includes killings that were potentially legally justified, and is likely missing some killings entirely.

Vox’s Soo Oh created an interactive map with data from Fatal Encounters. It shows some of the killings by law enforcement since the Brown shooting:

A huge majority of the 2,611 deaths on the map are from gunshots, which is hardly surprising given that guns are so deadly compared with other tools used by police. There are also a lot of noticeable fatalities from vehicle crashes, stun guns, and asphyxiations. In some cases, people died from stab wounds, medical emergencies, and what’s called “suicide by cop,” when people kill themselves by baiting a police officer into using deadly force.

The FBI already collects some of this data from local and state agencies, but as Vox’s Dara Lind explained, that data is very limited. Reporting homicides for participating agencies is mandatory, but reporting the circumstances of homicides is not. So we might know that thousands of people die in a certain state, but we won’t always know why those homicides happened and whether they involved police. Participation in the FBI reporting programs is also voluntary, making the number of reported homicides in the federal data at best a minimum of what’s going on across the country.

Since the historical data is so bad, it’s hard to gauge whether these types of killings are becoming more common. But the Fatal Encounters database is much more complete than the FBI figures, giving perhaps the best context we have for the wide range of police use of force — especially as the issue continues to capture national attention in the aftermath of Brown’s death.