A TODDLER who survived a horrific gas blast which wiped out his family has been rushed to hospital for emergency surgery.

Mohammad Sudais was taken to the Royal Hospital for Sick Children in Glasgow yesterday after suffering from breathing difficulties.

The two-year-old previously had extensive surgery on his face to repair third-degree burns caused by the explosion in December 2013.

His uncle, who campaigned to bring Mohammad to Scotland after his family died in Pakistan, has asked people to pray for the tot.

“He is having an emergency operation today at the new Royal Hospital for Sick Children.

“He is suffering from breathing difficulties. He is going to transfer to the high dependency unit.

“We are told by the doctors that he will be in hospital for some time.”

Little Mohammad was brought to Scotland in February 2014.

He was only two months old when his parents Mohammad and Sumaira died alongside his 13-month-old brother Abdul Haseeb in the city of Peshawar.

The youngster suffered 80 per cent skin loss to his face, but his body remained unscathed because he was wrapped in blankets. 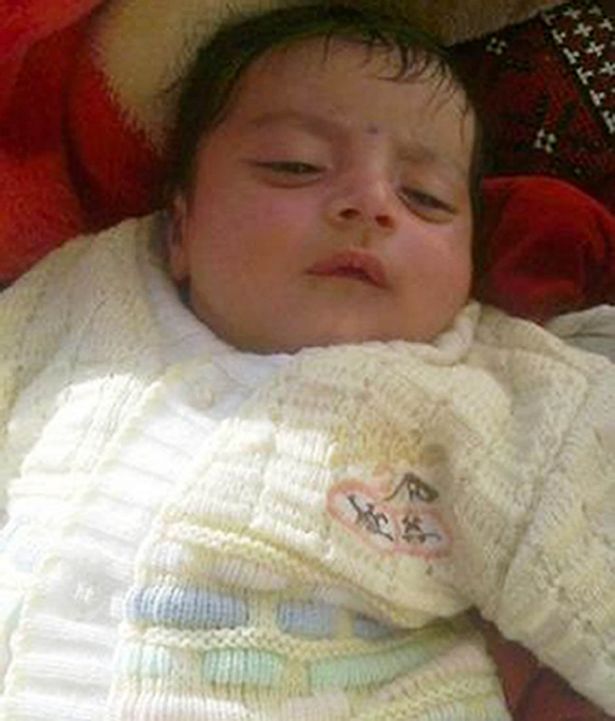 Angelic: Mohammad Sudais before the explosion which killed his parents and brother

Referring to the tot’s breathing trouble, Mohammad added: “The doctors said it might have been caused by scar tissue in his nose and throat.”

Medics may be forced to reopen a tracheostomy – a hole in his throat.

Mohammad said: “He’s such a brave boy, though he’s starting to not enjoy the hospital any more.

“But the staff here have been amazing. We are just so thankful to everybody.”

Coleen Rooney reveals she is taking pills made with placenta from third baby, Kit