Home
Politics
We need to be gutsy! Farage calls for Britain to cut Saudi ties after mass executions 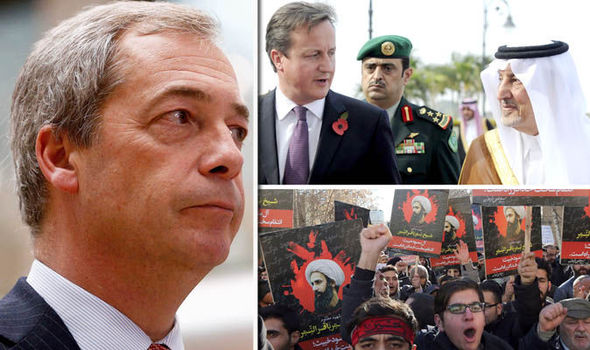 The UK’s close ties with Saudi’s rulers, which include lucrative arms sales and secretive security deals, have come under new scrutiny following the country’s execution of 47 people at the weekend.

The action by Saudi’s royal family has sparked worldwide condemnation and has escalated tensions with Shia-ruled Iran.

A Tory minister said the Government had expressed its “disappointment” with Saudi but Mr Farage suggested a complete overhaul of Britain’s relationship with Riyadh was needed.

Highlighting Saudi’s promotion of fanatical ‘Wahabism’, which is claimed to have inspired Islamist terror groups, Mr Farage told LBC Radio: “For us today to continue to believe that our great mates in the Middle East are Saudi Arabia when we know it’s Saudi money that’s been actually paying for and encouraging a really quite extreme view, minority view, of Islam and funding that through our mosques.

He added: “We’ve got to stop extremism but I really do believe we have got to think a little bit more about Saudi Arabia and the role they’re playing.

“I think it’s time we had a reappraisal of who Saudi Arabia are, what our relationship is and stop extremist talk turning the minds of young male Muslims in this country towards terrorism.”

Labour have also called on the Government to end talks with Saudi Arabia over judicial cooperation and publish details of a deal signed between the Ministry of Justice and the kingdom.

Shadow human rights minister Andy Slaughter said: “It is not right that the UK should be actively cooperating with a justice system that shows such flagrant disregard for the most basic human rights and the rule of law.”

Although a prisons contract between the UK and Saudi Arabia was cancelled last year, the Hammersmith MP said it had had “no effect on discussions on wider judicial cooperation”.

Mr Slaughter, who has written to Justice Secretary Michael Gove over the issue, added: “These should cease immediately and the Government should publish the Memorandum and disclose the full nature of British support and advice on justice issues to the Saudi regime.” 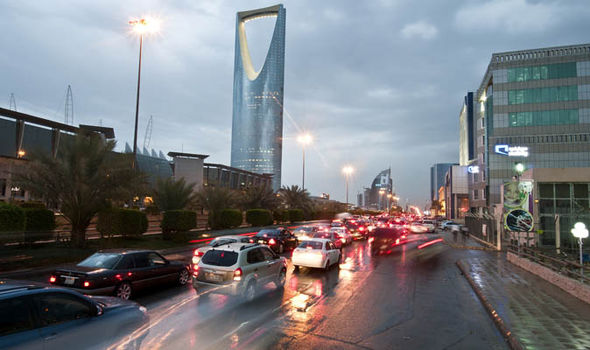 Riyadh has escalated tensions across the Middle East

Last month the Government also came under fire for refusing to reveal details of a “murky” security deal with Saudi Arabia.

Human rights charities have accused the kingdom’s hardline rulers of using ‘counter-terror’ laws as a disguise for cracking down on anti-government protestors.

A recent study found nearly three-quarters (72 per cent) of those facing the death penalty in Saudi Arabia were sentenced to death for non-violent offences, including the attendance of political protests.

Among those facing death are prisoners who were handed the death penalty while children.

Downing Street today defended the Government’s cooperation with Saudi on some issues.

The Prime Minister’s official spokeswoman said Mr Cameron believes it is important for Britain to engage with countries and have a relationship with them.

But she added the Government “opposes the use of the death penalty in all circumstances”.

Foreign Office minister Tobias Ellwood said: “I am deeply disturbed by the escalation in tensions in the last 24 hours in the Middle East.

“The UK is firmly opposed to the death penalty. We have stressed this to the Saudi authorities and also expressed our disappointment at the mass executions.”

British defence companies rake in billions of pounds through weapons sales to Saudi Arabia with the Government recently inviting the kingdom’s military chiefs to the world’s leading arms fair, hosted in London.

Andrew Smith of the Campaign Against Arms Trade said: “The Saudi regime has a history of locking up bloggers, executing critics and cracking down on dissent.

“Despite this they can always rely on getting almost uncritical support from countries like the UK that prioritise arms company profits over human rights.”

It’s not just the Oregon militia: Why many Westerners get angry about federal land rights