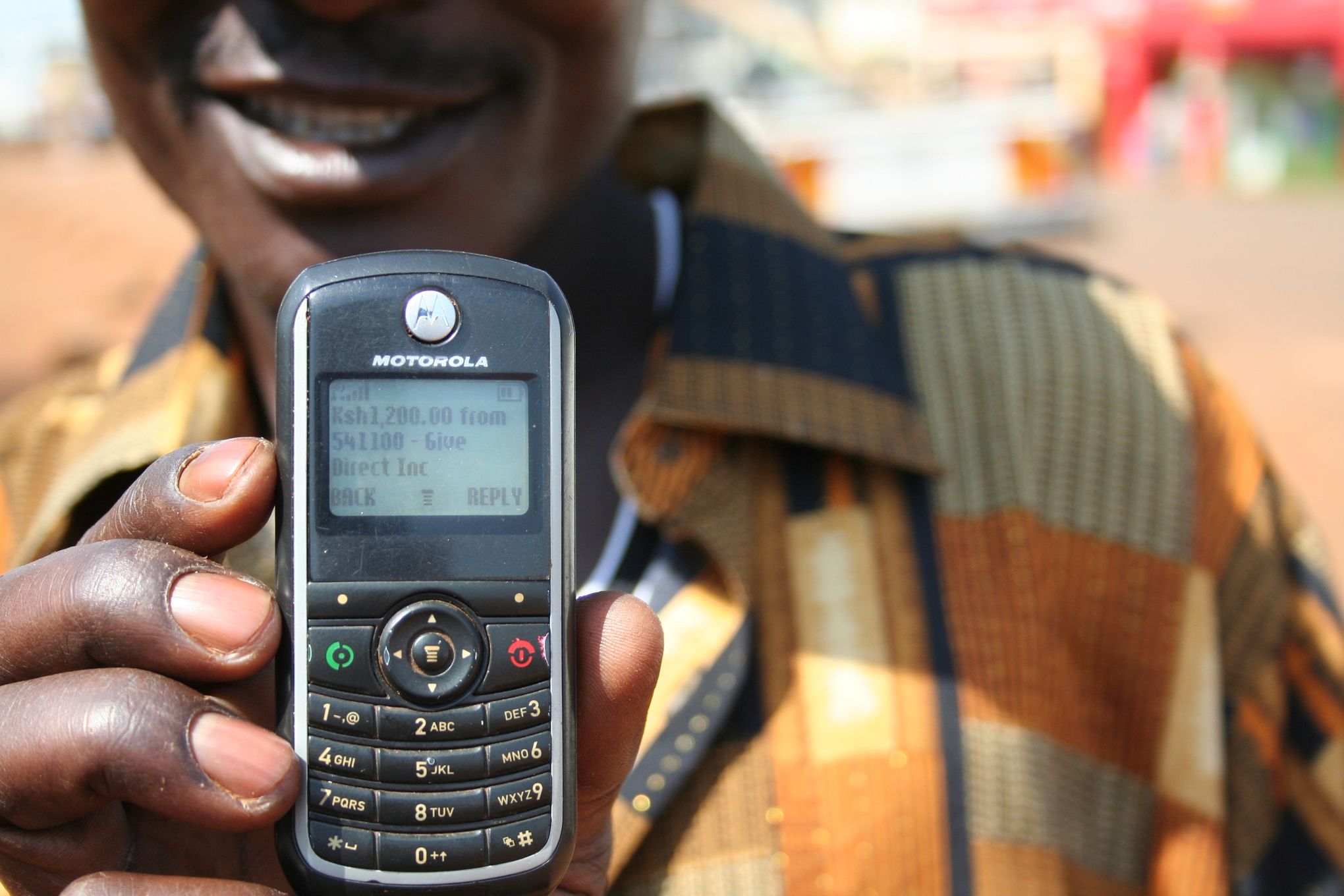 One of the best-studied, most effective ways to help poor people, especially in poor countries, is to just give them money.

This had led to a quiet cash revolution in development circles, as aid agencies, nonprofits, and the like have become considerably more sympathetic to cash as an intervention, and new charities devoted to cash grants, like GiveDirectly, have gained ground.

But one side question has gotten less attention: What happens to people in a given village who don’t get the money? The evidence is tentative, but a couple of recent studies suggest that transfer programs can actually leave those people left out worse off.

This isn’t an argument against cash — if anything, it’s an argument for giving cash to everyone, since people getting it are definitely left better off. But it does suggest that absolute income isn’t the only way money makes you happy. How much people were making in relation to others, or relative income, matters too.

Study 1: What happens when Kenyan households get cash, no strings attached?

A phone with M-PESA, which GiveDirectly uses to transfer cash.

The first piece of evidence comes from GiveDirectly, which distributes cash directly to households in Kenya and Uganda. The charity has an admirable commitment to rigorously evaluating its programs, and in 2013 enlisted Johannes Haushofer (now at Princeton) and Jeremy Shapiro (one of GiveDirectly’s co-founders, now president of the Busara Center for Behavioral Economics in Nairobi) to do a randomized controlled trial to see how GiveDirectly’s cash grants affected recipients: how incomes changed, what assets recipients bought, if they were happier or more satisfied with their lives, etc.

The evaluation came back in 2013, and found that the lives of recipients improved immensely: Hunger plummeted, investment in and income from farming and small business increased (suggesting the transfer was fueling economic growth), ownership of valuable assets like iron roofs and livestock spiked, and recipients were happier on a number of metrics.

So far, so good. But then late last year, Haushofer, Shapiro, and Princeton researcher James Reisinger went back to the data to see how people in the same village as people getting cash who didn’t themselves get cash responded. The average transfer was $709, which the researchers find predicts an increase in life satisfaction of 0.13 standard deviations.

GiveDirectly didn’t just make households richer; it made entire towns richer. The average village saw a $354 increase in mean wealth. An increase that big, researchers find, reduces life satisfaction among villagers as a whole by 0.33 standard deviations — more than canceling out the life satisfaction gains to people getting the money.

Similarly, consumption from people not getting the cash falls when the average wealth of the town spikes — and asset purchases fall too. That suggests people are just making less money for whatever reason after their neighbors hit the jackpot.

It’s important to not oversell these findings. While life satisfaction — as measured by asking, “All things considered, how satisfied are you with your life as a whole these days?” on a scale of 1 to 10 — fell, the researchers found no effects on measured depression or happiness (“Taking all things together, how happy would you say you are?”) or levels of the stress hormone cortisol in saliva.

That gives some reason for skepticism — if there was a robust negative effect on emotional well-being, you’d expect that to show up on a variety of metrics.

And the life satisfaction finding isn’t statistically significant after “FWER adjustment,” a statistical technique meant to prevent a regression from spitting out relationships that aren’t really there. And Haushofer, Shapiro, and Reisinger note that the hit to life satisfaction dissipates over time, just as the increase for individuals and households does.

Finally, they find that inequality as such doesn’t make people less happy, beyond the effect of seeing your neighbors get wealthier while you stay put.

All of which is to say, the evidence that getting cash is good for individual people and households is a lot stronger than the evidence that it hurts their neighbors. But that evidence is nonetheless real. Life satisfaction is a good measure of well-being, and the magnitude of the changes here are big. It seems like for some Kenyans, to quote the title of the paper, “Your Gain Is My Pain.”

Study 2: What about in Malawi?

The cash transfer program they looked at targeted school-age girls, and some of the cash came with strings attached. Some of the girls in the sample were required to attend school to get the check, with payments split between school fees, the girl’s parents, and the girl herself. Attendance was monitored, and girls with poor attendance rates didn’t get their payment until they started attending again. But part of the sample, as in the GiveDirectly trial, got cash with no caveats.

Just like the GiveDirectly study, the Malawi study found that recipients of cash saw their psychological well-being improve. Using GHQ-12, a widely used screening test meant to see if subjects are psychologically distressed (whether through depression, anxiety, etc.), they found that rates of distress dropped 38 percent for schoolgirls getting unrestricted cash, and at least 17 percent for girls getting cash with restrictions.

That’s great! But then there were the girls who didn’t get money. The authors find that girls in households that didn’t get cash, in villages where some girls did get cash, saw distress rates spike by 9.9 percentage points (a more than 26 percent increase). Distress fell for girls living in the same household as a girl getting the cash; both sisters are better off when one of them is getting money, in other words. But overall, neighbors of beneficiaries were worse off.

These findings were highly statistically significant, more so than the Kenya finding. Like the GiveDirectly researchers, Baird, de Hoop, and Özler find that the increases and decreases in happiness caused by the program both dissipated as time passed. But also like the GiveDirectly study, the effects were large, and concerning.

This doesn’t mean cash is bad

I can’t emphasize enough that these studies aren’t overall indictments of cash programs. For one thing, these results almost certainly wouldn’t occur if cash were given out universally, with no one left out. It’s an unfortunate necessity of randomized controlled trials that some people, by definition, aren’t going to get the benefit being studied.

But that’s not a necessary feature of government policies. It’s very possible to just give everyone money. And the evidence we have suggests that people who do get cash benefit tremendously. What’s more, GiveDirectly now has a model where all households in a selected village get transfers, which should avoid this problem.

Haushofer, Shapiro, and Reisinger note a couple more important caveats in their conclusion. One, this isn’t a problem unique to cash. If one were to design a study measuring the effect of, say, randomly giving one cow each to half the people in a given village, you should also expect the people not getting the cow to be pissed. This isn’t a disadvantage of cash relative to other approaches to aiding the poor, in other words.

Second, cash transfers also have positive effects on people not getting them. “We find large positive spillovers on female empowerment, driven mainly by reductions in physical and sexual domestic violence,” the researchers write. That huge gain has to be weighed against the life satisfaction effect.

The lesson, then, isn’t “cash is bad.” Quite the opposite: These studies suggest that cash works best when everyone gets it.

Michael Den Tandt: Trudeau won’t actually pull out the CF-18s — and other predictions for 2016

Lead exposure is a race issue. The crisis in Flint, Michigan, shows why.