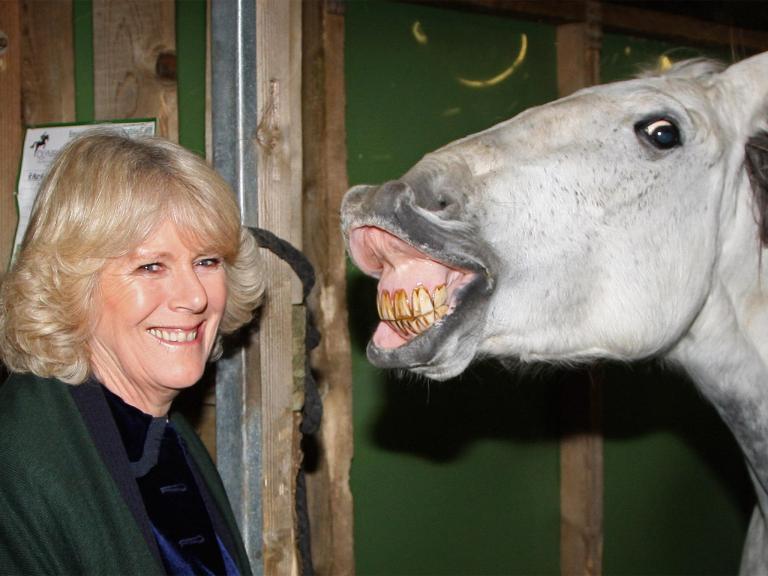 Horses can read human facial expressions, according to new research. For the first time, it has been found that horses are able to distinguish between angry and happy faces.

Psychologists at the University of Sussex studied how 28 horses reacted to photographs of positive and negative human facial expressions.

The horses were shown pictures of happy and angry unfamiliar male faces, with no training given to them beforehand. When looking at the angry faces, the horses viewed more with their left eye – a behaviour normally linked with perceiving negativity. Their heart rate also quickened and they showed more stress-related signs, the study, which is published in Biology Letters, found.

The research concluded that the response suggested the horses had a functional understanding of the angry faces they were seeing.

Amy Smith, a doctoral student in the Mammal Vocal Communication and Cognition Research Group at the university, who co-led the research, said the horses had a stronger reaction to negative expressions than positive ones.

She said: “This may be because it is particularly important for animals to recognise threats in their environment. In this context, recognising angry faces may act as a warning system, allowing horses to anticipate negative human behaviour such as rough handling.”

Research has shown that many species, including dogs, view negative events with their left eye due to the right brain hemisphere’s specialisation for processing negative signs.

“Emotional awareness is likely to be very important in highly social species like horses, and our ongoing research is examining the relationship between a range of emotional skills and social behaviour.”